Our love for animals appears to be universal, no matter what sort they are. It doesn’t matter what kind of person you are or how old you are; we’re all animals in the end. And there’s just something about our companion species that intrigues and fascinates us. Our fluffy (or scaly) companions have appeared in many of the world’s most famous viral films, and the plight of endangered animals elicits as strong an empathetic reaction from people as any humankind catastrophe.

Because animals are instantly recognisable and universally adored, it’s no surprise that so many online slots include and feature them. Whenever it comes to playing slot games, animals are everywhere. Some of the most well-known games include significant animal characters, whether it’s one single creature or a whole zoo’s worth. 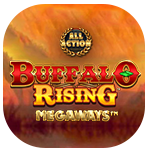 Buffalo Rising ALL Action Megaways is the first video slot in the Megaways Series to offer a fully interactive gaming experience. Forget about the base game and picture a slot with a beautiful visual layout and a fresh gameplay where only the premium extras are available. It’s Buffalo Rising in full swing!

This is a 6-reel slot with up to 117,649 chances to win, transporting you to the wilds of North America. Icon drop winnings, morphing icons, and a free spins mode with multipliers are all found in this game. You can bet anywhere from 10p to £10 each spin on any gadget.

This is an all-action game, which means it solely includes the game’s unique characteristics. In the main game, you don’t have to spend much for wild icons and free spins to be available.

Pragmatic Play is a software company well known for its high-quality games. The Great Rhino Megaways stands out among animal slots that offer rewards. With an RTP of 96.58 percent and stakes per spin ranging from £0.20 to £100, this is one of the best animal themed slots available to play. This 3D animal-themed slot’s 200,704 possibilities to win across its 6 reels demonstrates the game’s advances.

Few games can truly immerse players in the mood of the African savannah like Great Rhino Megaways. Rhinoceros, cheetahs, gorillas, hyenas, pink flamingos, and crocodiles are among the animal icons on this safari. There are free spins and multipliers available to players throughout the game. Up to 20,000x your investment is the biggest reward that may be won at any time. 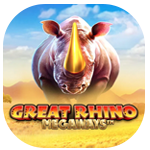 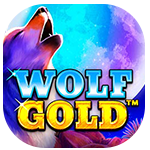 Wolf Gold was just introduced a few years ago, yet it has quickly become one of the most popular animal themed video slots. But, a slot’s appearance isn’t everything. It has to be an all-encompassing adventure, and we’re pleased to say that it does so right from the start. It’s an interesting game, whether you’re gazing at horses neighing or wolves howling. The sound tracks are excellent and contribute to the game’s appeal.

It has a Free Spins function where you may gain unlimited free spins and gigantic icons that cover the three centre reels. It is playable from 25p on any and all devices. You may also gather moon icons with the Money Respin function. The Mega Jackpot is 1,000 times your investment if all 15 spots are filled.

Paws of Fury is a Blueprint Gaming video slot with a 5X3 layout and 25 fixed paylines. Pandas are everywhere you look in this Chinese-themed game. Paws of Fury takes players on an adventure with this furry character who is training to become the finest warrior in the kingdom.

The game has beautiful 3D visuals, with the main character sitting next to the reels and communicating with you while you play. A relaxing Asian-themed soundtrack streams in the backdrop, and the reels depict pagodas, dumplings, and blessed scrolls, among other cultural icons. Surprise in-game bonuses might appear on any spin, and there are 5 types of free spins available for grabs. 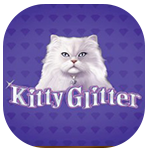 Kitty Glitter, an IGT provided online slot game, has received a makeover. Kitty Glitter is a 30-payline video slot with wilds and scatters and cats. However, despite its simplicity, this celebration of everything feline has proven to be incredibly popular thanks to its combination of basic style and modest characteristics. The Free Spins Bonus feature, which rewards up to 225 free spins, is the focus of the game, which is performed on 5 reels plus 30 paylines. Here you may collect diamonds, which can be used to transform numerous cat icons into wilds.

Panda’s Fortune was created by Pragmatic Play, a well-known game developing firm. It was released on November 2, 2017, and it quickly gained popularity among slot lovers thanks to its thrilling engine and stunning artwork.

The exciting video slot has an Asian flair to it and features cute visuals and a progressive prize. This is a five-reel, twenty-five-payline game including free spins and symbol transformations. There’s also a possibility of winning one of three jackpots. The reels of the game are situated against a bamboo backdrop. The stakes each spin vary from 25p to £125. 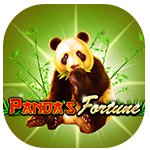 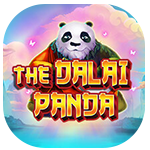 The Dalai Panda video slot from iSoftBet has a lovely concept and a distinctive format that comprises two sets of reels in the layout of 3X3. It’s a fun game to play. Thanks to a wonderful selection of additional characteristics, like free spins with expanding wilds, players may win some extremely significant rewards.

Players are initially given 27 chances to win over the 2 sets of reels, but things become much more intriguing during the free spins phase, when the reels are merged and 729 possible winning ways become available.