Baccarat is regarded as one of the easy and straightforward games in the world of table games. The main goal of the player is to achieve a score that is close to or equivalent to nine and he is not allowed to exceed the score. But If your hand exceeds beyond 9, you can continue to play the game as the final score will be calculated based on the remaining numbers. This makes baccarat one step different from Blackjack as in the latter if you exceed 21, then you go bust. So in baccarat, if you have been dealt 6 and 8, then the total comes down to 14 and your final score will be 4.

What are the variations of Baccarat?

Baccarat has enjoyed a long history of popularity throughout centuries. Each country contributed to the development and advancement of the game. This led to the formation of many baccarat variations of this game which are played in different countries. But the basic gameplay and rules and regulations remain the same just like that of the original Baccarat. The four important variations of the game are:- a) Mini-Baccarat b) Punto Bunco c) Chemin de Fer d) Baccarat Banque and e) European Baccarat 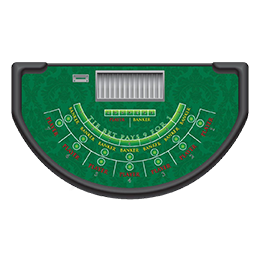 Being a mini version of the game, it allows the participation of eight players. The game is very popular in the US but it is played across different parts of the country. In the main game, you play with three croupiers but in this version, you play with one croupier. He plays the role of a banker and leader. The amazing part of this game is that you get to play with low bet rates. Which makes ur suitable for inexperienced and amateur players. The mini-baccarat is allowed to be played in the open just like the main game

Even though the game derives its origins from Italy, it is marketed as the French version of baccarat. The game is a bit different from its original counterparts. The game is played with six decks of cards. The dealer, after shuffling the cards, then offers it to the player who is the initial banker. Eventually, every player gets to don the role of the banker. This encourages direct participation in the game. Since the game is distributed face down, the player gets to decide whether to draw out the third card or not. The player who is willing to bet the maximum gets to play first. This version does not enjoy much popularity these days. 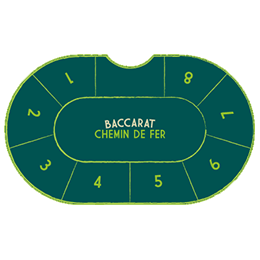 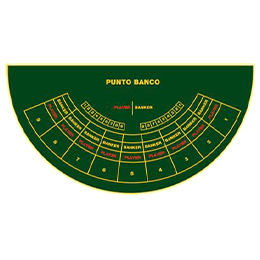 When baccarat paved its way into Argentina and then spread to Cuba, Punto Bunco came into existence. This is perhaps the only version that encourages the participation of a large number of players. 14 players are allowed to play this game at once. They are referred to as Punto and the dealer is called Bunco. Eight decks are generally used in this game and the dealer is responsible for shuffling and management of the game. But unlike its counterparts, the player does not choose the third card. It is dealt with by the dealer.

In this version, every player gets a chance to play this game. And one of the players is chosen to be the dealer of this game. Usually, it is played with fewer cards but the good news is that it provides exciting betting options to the players. 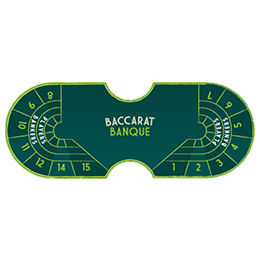 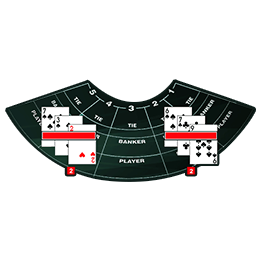 What differs European Baccarat from the rest of the game is that over here the player gets to decide whether he can stand or draw a card when his hand totals up to 5. The banker too can decide for himself whether he wants to draw out the card or not.

Another thing to know is that the banker is financed by the casino. Say the banker has a total of $1000 and you bet with a starting amount of $800, so the remaining stakes happen to be around $200. At this stage, no other player is allowed to place bets. The only exception is if one of the players is willing to bear the betting cost of the banker.

Time and again bankroll management has always been given due importance by big and famous casino players. Despite this, many young players fail to acknowledge bankroll management while starting out with their games. They usually start playing with a huge stake which if not really played well can cause a burning hole in your pocket and exhaust your bankroll.

The players are suggested to set winning and losing limits. Once established, they should play within that required limit only. If you see yourself exceeding the limit, then stop playing the game and end your betting session. So that you do not spend all your money. This step requires a great amount of self-discipline and control so that you master the art of managing and taking care of your funds successfully.