Roulette happens to be one of the most popular games in the gambling world. Roulette is a game that is easy to play but one needs practice and skills to learn this game. Witnessing its popularity, many gaming companies have modified their websites by adding innovative features for maximum user engagement. Additionally, they are also offering attractive cash offers and welcome bonuses for attracting new gamers. The players can visit sites like the Swift Casino, Betway, Royal Panda, etc. to derive an engaging gambling experience.

With the integration of live casino features, players feel they are playing at an actual Roulette table, with a Roulette wheel, Roulette guide and human dealers.

There are many variations for Roulette. Gaming sites have incorporated these variations in their gaming options. The most popular ones are American Roulette and European Roulette. While the former one is the most played version among all its variations, there are some key differences between the two. The players have the option to play a variation of their own choice.

Roulette is popular in mobile gaming. With the advent of technology and smartphones, playing games on smartphones have emerged as a popular choice among the players. There are apps which offer online Roulette to the players. They are equipped with engaging graphics, error-free gameplay and user-friendly interface to attract more gamers to their apps. The games are made compatible with mobile devices so that the players have an engaging gaming experience.

Basic understanding of the game

As compared to any other version, the American Roulette is the most preferred one among players. It is the easiest version to play too. It is most suitable for beginners and freshers. While it is very easy to play and learn the game, it is always better for the player to learn the tips and tricks of the game. There are many websites that offer free-play versions of American Roulette so that the players get an opportunity to brush up the game. It is the best way for learning different gaming techniques, gaming control, betting options to get a stronghold over the game. It is a good method of mastering the game before placing any real best or spending any real cash. 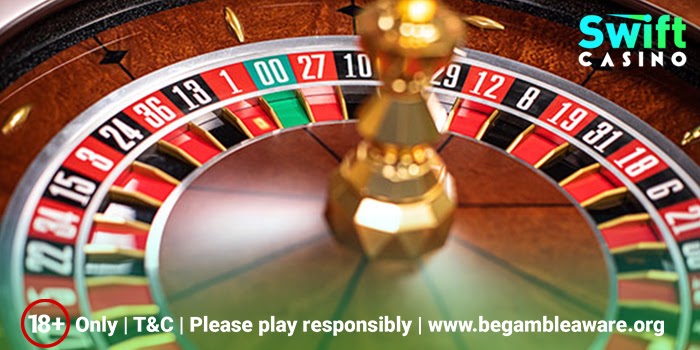 There are two types of bets involved while playing American Roulette. They are called inside bets and outside bets. The player must take into consideration that the odds against winning at the European and American Roulette will not be the same because of the incorporation of additional zero bets.

The outside bets happen to be very popular among new and inexperienced players. The player can place the bet on any Red and Black bet if he is confident that the next number will be of the same colour. The player can place the Odd/Even bet where the players bet that the ball can land on an odd or even number. There is also a High/Low bet. The player places bets on numbers within a specific range. The numbers from 1 to 18 are called low numbers and from 19 to 36 are called high numbers.

The inside bets are more popular among experienced players and professionals because they are challenging and risky. There is a Straight up bet where the players can place a bet on the single number. If he gets her choice of number, he is entitled to a payout of 35 to 1. There are split bets where the players bet on two numbers that are placed consecutively on the Roulette table. If the ball falls on one of the numbers, the player is entitled to a payout of 17 to 1. The Street Bet is another bet which is placed on three numbers in a row. If the player gets one of the numbers, he gets a payout of 11 to 1. The Corner bet is the one involving betting on four numbers at a corner. It offers a payout of 8 to 1. The six-lane bet is when the ball lands on one of the six numbers located on the adjacent rows. It has a payout of 6 to 1.

There is another kind of bet which is exclusive only for American Roulette. It is called the five-number bet. The five-number bet is also called the Basket bet. This bet covers numbers like 0,00, 1,2 and 3. The bet offers a house edge of 7.82%. This bet is majorly avoided by the players for a simple reason. The chances of winning this bet are 5 to 38 or a whopping 13.2%. But if the ball lands on one of the six numbers, then the player receives a payout of 6 to 1.

American Roulette enjoys huge popularity among gamblers. The game is even more popular in the United States of America and the whole of Asia. However, it is not played in Europe because Europeans have got their own version of Roulette. This is one game that can keep everyone entertained as long as the wheel is spinning.