If there’s something in common between Roulette and Craps, apart from the fact that they are both casino games, then it has to be that they offer something known as Call Bets. These specific types of bets are being offered for both these games but there is a slight difference that also comes into play.

Call Bets are quite different from the rest and aren’t essentially considered by many. So let’s dig further into the concept and understand more about Call Bets because, at this stage, it sounds a bit mysterious.

What are Call Bets?

Let’s get straight to the point. What are Call Bets? How are they different? Are Call Bets another name for Street Bets? Well, no. Call Bets are on a league of their own and are quite different because these types of bets are only between the casino and players known to the casino.

So players, who are known to the casino, and who have the financial might to cover the wager, are the ones who are offered Call Bets. These players, unlike others, are usually into higher limits and don’t exactly stick to the same types of bets that we see at the Roulette table.

Each wager involving a Call Bet will bear a specific name and cover the exact numbers based on where they are at the Roulette wheel or the table layout. Due to that, Call Bets are often considered specific bets and won’t be available at every casino.

However, certain casinos do offer an exception and take the wager amount from a player to put it out on the layout. Finding such casinos might not be a hard task and at times, might be as easy as looking for table games at a casino.

Whenever the topic of Call Bets comes into the picture, players also point out another type of bet known as Announced Bets. While some believe that both these types of bets are one and the same, in reality, they are different from each other.

Call Bets merely involve a player announcing their wager and then the dealer marks the bet for them. As a result, casinos extend a line of credit to the player, which is why it is only offered to players who are known to the casino.

On the other hand, Announced Bets allow players to call out their bet and then the player will have to place money on the table to complete the process. The dealer will not be doing it for them and there is no line of credit that is being extended in this regard.

So Call Bets and Announced Bets differ from each just like how Roulette Odds differ from Blackjack Odds because several factors come along the way.

A Few Types of Call Bets

When it comes to Call Bets, the topic shifts towards the types of bets that cover unusual patterns of numbers. Due to that, we have a list of Call Bets and exploring the same will certainly help you acknowledge how the bet moves forward.

We have all seen the Roulette wheel and know what the largest section of this wheel looks like. Be it offline or online Roulette, there is a large section to it and this particular section is at times referred to as Voisins du Zero. It covers seventeen pockets, which is numbers ranging from 22 to 25. 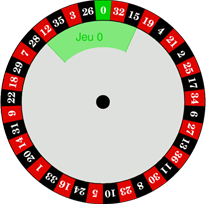 The numbers that are closest to zero are called Jeu Zero and they involve numbers like 12, 3, 35, 26, 0, 15 and 32. Unlike Voisins du Zero, this bet takes in four chips and is processed after being split into several bets.

As the bet suggests, the French Numbers involve a specific group of numbers that are commonly being selected by European Roulette players. It is based on how these numbers are arranged on the wheel which makes it important to be aware of their arrangement.

Without the knowledge of the same, you won’t be able to move forward with this type of bet and understand how to place it. 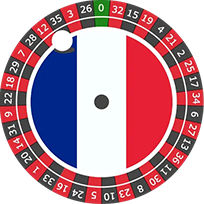 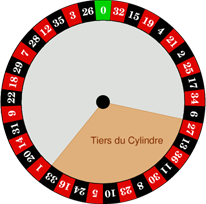 Le tiers du cylinder is also called thirds of the wheel and it is one that covers 12 numbers that are placed as 6 splits. These six chips are further split into several bets and the type of wager that is associated with this type of bet is referred to as the small series.

Due to such inclusions, it is quite important that you further study this type of bet and understand how it fits into the category of Call Bets.

The groups of numbers outside the common group of Voisins and Tiers constitute another group called Orphelins. It involves numbers like 20, 1, 14, 31, 9, 17, 6 and 34 and also brings in five chips into play. Apart from that, Orphans also moves on to include several other aspects that make the bet a classic inclusion to this franchise.

While it differs from the rest, there are certain elements that have a similar path and thus, it is quite important that you be aware of them. 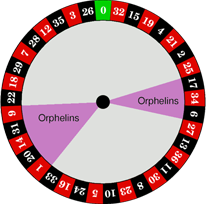 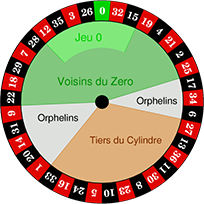 Final bets are a special inclusion to the list just like the addition of unique themes into different types of online slots. It is a wager on numbers 0-36 and ending in the number called. There are nearly four chip wagers that come into the mix, making Final bets quite different from the rest.

Understanding these options and figuring out how to proceed with them is something that you ought to do before placing a bet of this sort.